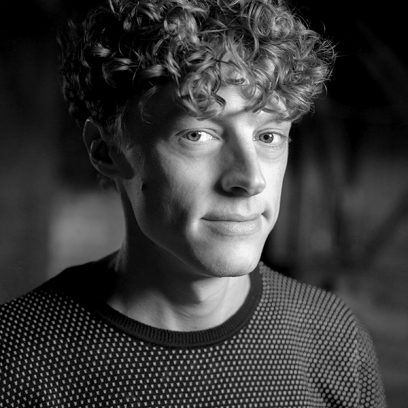 FLORIAN LAMPERSBERGER is a Berlin based filmmaker and director of photography for fiction and documentary films.

He has been involved in numerous productions in past years. The feature film HOTEL AUSCHWITZ by Cornelius Schwalm premiered in April 2018. For the documentary SEARCHING FOR INGMAR BERGMAN, directed by Margarethe von Trotta, he worked as B camera operator. The film premieres in Cannes in 2018. The documentary FIFTEEN ROOMS by Silke Schissler screened at numerous festivals – including DOK Leipzig and Duisburger Filmwoche.

He graduated from the University of Film and Television ‚Konrad Wolf’ in Potsdam-Babelsberg with a Diploma in Cinematography in 2013. He studied with Professor Michael Hammon and was involved in numerous projects, for example the documentary HOLANDA DEL SOL which he also co-directed. The film was screened at several national and international festivals. His graduation film IN DER MAßNAHME (THE JOB) was premiered at the Kassel Documentary Film and Video Festival in 2016.

Before studying he worked as a freelance cameraman and assistant for public and private TV stations in Munich. He started his career as a trainee in a local TV station in 1999.

Furthermore he workes for a arthouse cinema in Bavaria since 1996. He is the proramming CEO and was responsible for the film selection and the organisation of various events. Their work has been honoured with numerous national and regional awards. Florian Lampersberger was a member of the Berlinale jury of the Guild of German Arthouse Cinemas in 2014 and of the European cinema network ‚CICAE’ in 2004.